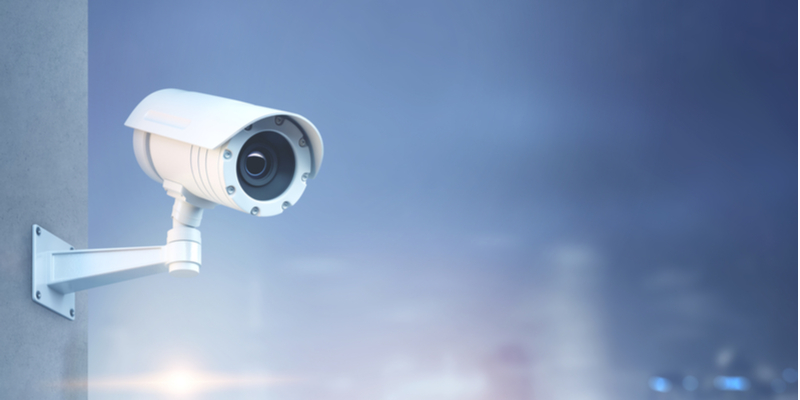 The UK has a reputation around the world for being one of the highest users of CCTV. But how many security cameras are there in the UK - and how many in London, reportedly one of the most-watched cities in the world? We look at the latest statistics to uncover the scale of video surveillance in Britain.

How many CCTV cameras are there in the UK?

In a 2013 report, the British Security Industry Association (BSIA) estimated there were between 4-5.9 million cameras in the UK, but as recently as 2020, most people appear to agree on a figure of 5.2 million CCTV cameras nationwide. Britain has more surveillance activity than any other European country per capita - latest CCTV statistics show that there is one security camera for every 13 people.

Why are there only estimates of total CCTV cameras?

The reason most studies and articles can only provide estimates is because, contrary to popular perception, the government operates a small percentage of all the CCTV cameras in the UK. According to BSIA's report, a Freedom of Information Request from 2009 revealed that there were a total of 59,753 security cameras operated by 418 local authorities.

Most of the cameras in Britain are owned and operated by private businesses, and now also by homeowners who have access to low-cost home CCTV systems and smart doorbells, such as Amazon Ring. With so many private cameras in operation, it's difficult to get a precise and up-to-date figure.

There are 4 types of camera systems to consider when making a total count:

Which UK cities have the most CCTV cameras?

As recently as 2020, IFSEC Global have compiled a list of the top 5 most-watched cities in the UK:

Want to learn even more about CCTV monitoring? Get the full picture with Calipsa's FREE whitepaper, "Video Monitoring 2020":

How many CCTV cameras are there in London?

According to 2021 research by CCTV.co.uk, the total number of CCTV cameras in London is 691,000, or roughly 1 for every 13 people. The number of cameras owned and operated by public bodies in London totals 23,708; that's a combination of Transport for London, the Metropolitan Police (although this does not account for body-worn cameras), City of London Council and local authorities. There are 15,576  CCTV cameras on the London Underground network, according to a 2021 Freedom of Information Request.

So how many private cameras are there in London? Given what we know about private businesses and homeowners, the BSIA estimates that privately-owned cameras could outnumber publicly-owned ones by 70 to 1.

RS Online's interactive map uses data from the Office of National Statistics to show you how many local authority cameras there are in cities around the UK, and they even drill down into cameras for different London boroughs. It's a bit "Big Brother" in feel, but well worth checking out for detailed figures.

Surveys show that video monitoring can reduce certain types of crime. The College of Policing’s Crime Reduction Toolkit suggests that CCTV is "associated with a statistically significant decrease in crime". According to one study, crime decreased by 13% in places with CCTV, compared to places without it. It also revealed that certain types of crime are affected by the presence of CCTV: drug-related crime decreased by 20%, and vehicle and property crime by 14%.

However, violent crime was not affected by the presence of cameras. In these cases, video footage instead becomes an invaluable tool to track down suspects afterwards. Recent events such as the Charlie Hebdo attack, the Boston Marathon bombing and the 7th July attacks in London all relied heavily on CCTV footage to identify and track down suspects.

Based on the studies the toolkit consulted, they conclude that CCTV’s effectiveness depends on how and where it is used.

How does CCTV work to reduce crime?

How and where does CCTV work best?

The same study showed that crime reduced by 37% overall in car parks with CCTV cameras present, and by 12% in residential areas. For crimes related to vehicles and property, cameras have been proven to reduce crime.

Still, it's not just the mere presence of cameras that deters criminals, it's also how they are monitored by security staff. Active monitoring (which is where cameras are actively watched by trained staff for criminal activity) was shown to reduce crime by 15% more than CCTV systems without active monitoring.

This is because security staff and monitor and proactively manage criminal activity in real time - effectively stopping it in its tracks. This type of security is effective in all kinds of scenarios and industries, particularly when cameras are enhanced with intelligent video analytics, which help operators to identify genuine incidents whilst filtering out false alarms.

When combined with other security measures, such as improved lighting, perimeter fences and signalling, video surveillance was shown to reduce crime by an impressive 34%.

What is the public opinion of CCTV in the UK?

Not all UK councils are convinced of CCTV’s effectiveness for crime prevention. While the UK government invested large sums to roll out CCTV during the 1990s, over the past decade many councils have been cutting it back due to lack of funds. Dyfed-Powys policing reduced their video surveillance to redirect funds back into “bobbies on the beat”, which the public wanted more.

That’s not to say that everyone thinks security cameras are ineffective. The number of private and domestic cameras has risen dramatically over the past decade as they have become cheaper and more widely available. Pauline Nordstrom, chair of the BSIA, says that “private sector cameras now outnumber [public sector cameras] by a scale of 70 to one.”

Use of security cameras has increased in commercial settings as well as in private ones. The UK’s construction industry has reaped the benefits of remote monitoring on building sites, which are prone to costly theft and vandalism; according to the Chartered Institute of Building’s (CIOB) 2018 report on crime in the industry, around 1 in 10 businesses (9%) suffered financial losses in excess of £100,000.

For industries like construction, which are particularly vulnerable to petty crime, installing a video monitoring solution can help to reduce the likelihood of these crimes occurring. Looking at crime prevention, the CIOB report notes that 69% of businesses report enhanced lighting linked to CCTV as an effective way of preventing crime.

What is the impact of CCTV on our right to privacy?

The more cameras are installed privately, the more that issues around privacy and right to information come under scrutiny. One of the key issues around the rapid adoption of private cameras is who becomes responsible for the footage, especially if a crime takes place.

In an article for the BBC, the UK government’s outgoing surveillance camera commissioner Tony Porter asks, “If it is the private sector operating the technology, who owns that - is it the police or the private sector? There are too many blurred lines." Over 80% of concerns Porter receives are now regarding the use of security cameras in a domestic setting.

Since the introduction of the EU’s General Data Protection Regulation (GDPR), companies using CCTV on their premises are now required to take certain measures to ensure that footage of employees and the general public is stored and used appropriately. This includes only keeping footage for as long as it is needed, after which it should be deleted, and clearly informing people on-site that security cameras are in operation. People also have the right to request footage of themselves, if they wish to see it.

When storing footage, many companies will anonymise people’s faces, to ensure that the data being stored contains an appropriate amount of information for its intended purpose.

What about AI and CCTV?

China is currently the heaviest user of artificial intelligence (AI) in video monitoring. In recent years it has come under heavy scrutiny from human rights organisations for using facial recognition technology across state camera systems.

With so many cameras in the UK, it was only a matter of time before AI found its way into our surveillance systems. The private operator of the King’s Cross development recently came under fire for deploying facial recognition technology in its surveillance network without express content, and without notifying the public. It sparked a public outcry and an investigation by the Information Commissioner’s Office, which led to the programme being scrapped.

But Calipsa uses AI - what information do you keep?

Calipsa is an AI software that reduces false alarms. We don’t use facial recognition technology, and we only hold data for as long as it is needed to process alarms, at which point we delete it. When processing alarms, we also anonymise the footage by blurring people’s faces - the only information we are interested in is whether a person has appeared on camera, or not. It’s not relevant for us to know who that person is, so we don’t capture that information.

Our machine learning algorithms have been trained to recognise human activity (people and cars) in alarms sent by security cameras to central stations. We screen the alarms and filter out anything that is a false alarm, such as cobwebs on the camera, the wind blowing trees, or a cat running across.

We believe that AI can be used to reduce crime and make the world a safer place, when it is used responsibly. Our technology is a testament to this, as we have managed to reduce false alarms by up to 98% for our customers.

Editor’s Note: This post was originally published in Aug 2020 and has been updated for accuracy and comprehensiveness.