The Ultimate Guide to Video Analytics 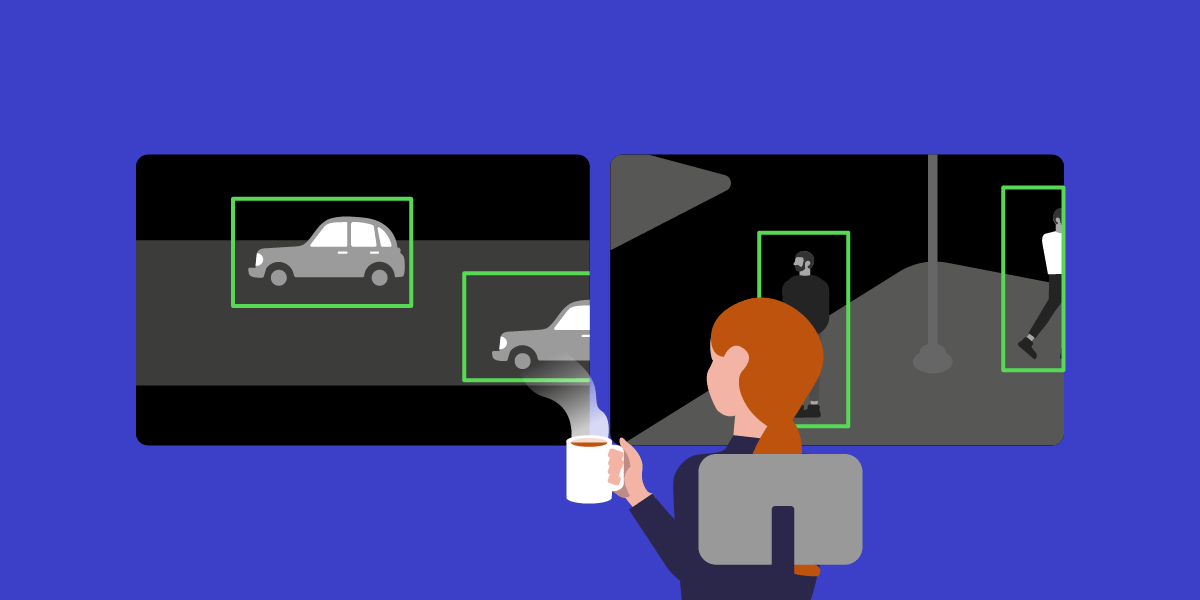 In this guide, we’ll cover the different kinds of video analytics, how they work, and how these solutions can be integrated into your security system.

What are video analytics?

Video analytics (also known as video content analysis, or VCA) are a type of technology that automatically analyses video content. They do this by using algorithms that process video in order to carry out a specific task - for example, identifying moving objects or reading vehicle licence plates. When artificial intelligence is involved, they are often referred to as intelligent video analytics.

In the physical security industry, video analytics software is used to automate the job of watching hours of CCTV footage in search of potential threats, such as intruders. Video surveillance is becoming more and more popular, so integrating video analytics can help security operators to identify incidents during long shifts, where they have to stay alert and monitor multiple camera feeds at once.

How do video analytics work?

The simplest video analytics use rule-based algorithms that follow a decision tree of “if/then” questions to predict whether an object in a video could be a possible threat. After a process of elimination, if the software has decided the incident is a threat, it generates an alert for a human operator to verify.

Analytics software isn’t watching a continuous stream of video, instead it’s isolating freeze frames as individual images, then analysing them in sequence. A rule-based algorithm will ask multiple questions of each image, testing for an outcome before it is able to determine whether there is a security threat present or not.

To help you visualise how this works, below is an example of the kinds of “if/then” rules analytics software might use to identify a moving object in a video: 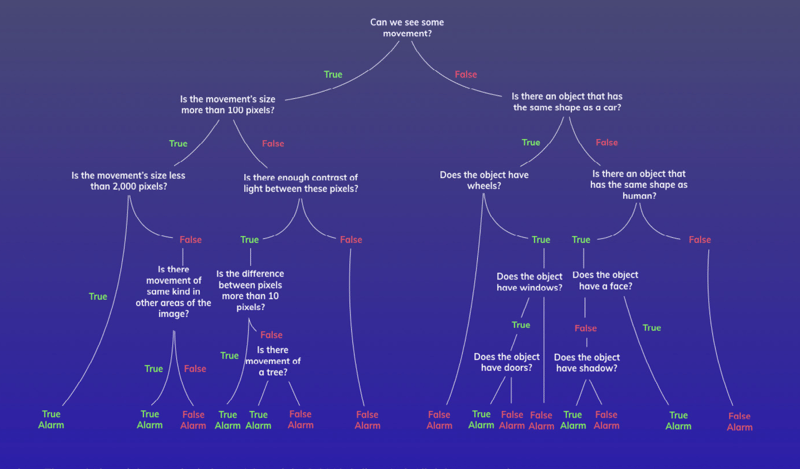 The algorithm asks multiple questions, such as whether there was movement and then the size of that movement. At each step, the algorithm goes down this decision tree in order to make a prediction.

While they have their uses, rule-based algorithms present us with some serious limitations:

One alternative is to use a model based on artificial intelligence, which is much more capable of handling these edge cases.

What are intelligent video analytics?

Intelligent video analytics use a much more advanced form of artificial intelligence known as machine learning. Unlike the “if/then” rules above, machine learning-based analytics learn to recognise threats through exposure to millions of sample images, making it a much more versatile method in the long term.

For example, in order to learn what a car is, the “if/then” algorithm might ask questions like “Is the object x pixels high by y pixels wide? Does it have wheels? If yes, does it have 4 wheels?” and so on. Machine learning algorithms will learn what the generalised concept of a car is by being taught to correctly identify it from a vast bank of examples: whether big or small, in well-lit or poorly-lit conditions.

Want to learn more about machine learning in intelligent video analytics? Check out our articles on the basics of artificial intelligence, neural networks and computer vision. MIT’s Technology Review is another great resource - their article on machine learning is perfect for budding AI enthusiasts.

Want to know more about how video analytics work with remote video monitoring? Download our FREE guide to artificial intelligence in video surveillance:

Why are video analytics used in CCTV / video surveillance?

Intelligent video analytics offer many benefits to the CCTV / video surveillance industry. The main advantage that analytics software offers is the ability to automatically identify possible threats in real-time, taking a huge amount of pressure off of security staff. Other benefits include:

CCTV monitoring operators have a challenging job: over shifts of several hours, they have to concentrate on screens and stay alert to any changes they spot. Even the slightest change could be an indication of some suspicious activity - and it is widely reported that control room operators review a minimum of 3 alarms every single minute.

However, when you consider that 95% of these alarms are likely to be false, operators end up wasting a lot of time and effort, which makes them less likely to perform at their best when a real incident occurs. Intelligent video analytics relieve the burden of false alarms by cutting up to 90% of them out of an operator’s workload, leaving them free to focus on the genuine ones.

By integrating technology, operators are much better equipped to react quicker and more efficiently to security threats. In the long term, this also boosts employee morale as the “noise” of false alarms isn’t the time-sapping factor it once was. Check out the Centre for the Protection of National Infrastructure’s Control Rooms Guidance for more helpful information about false alarm management. 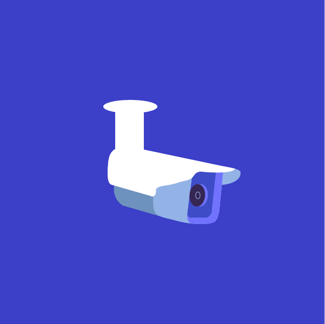 When developing algorithms for crime detection, accuracy is paramount - it could mean the difference between a crime being stopped, or a crime taking place.

Humans can detect incidents very accurately, under optimal conditions: assuming they’re not tired and their environment allows them to focus. However, most operators have to multitask, overseeing several monitors at one workstation. In the 1990s, Jim Aldridge conducted research for the UK Police Scientific and Development Branch (PSDB) which showed that as more monitors are added to an operator’s workstation, detection rates go down.

Aldridge looked at how well operators could detect somebody with an umbrella using different numbers of monitors. Observers viewing one, four, six and nine monitors showed accuracy detection scores of 85%, 74%, 58% and 53% respectively in picking up the person with the umbrella.

By bringing video analytics into the mix, operators get additional detection support. Unlike a human being, machine learning algorithms don’t get tired or lose focus, so they’re able to consistently detect genuine and false alarms for as long as needed.

To ensure intelligent video analytics is as accurate as possible, the key metric to consider is recall: this is how accurate the technology is at capturing genuine alarms. Another metric you might want to measure is reduction - which is the rate of false alarms that have been filtered out. You want both these numbers to be as close to 100% as possible.

The most exciting thing about AI-powered video analytics is that they are constantly learning, which means they’re always getting better. This is because the more you expose machine learning algorithms to video footage, the more accurate they become at identifying true and false alarms.

This is great news for security businesses who invest in video analytics because the product isn’t static - it actually gets better and better over time.

What can video analytics detect?

Video analytics can identify many kinds of activities. Some of these include:

The possibilities for video analytics are growing all the time - the list above details just a handful of the ways that video analytics can help with security and safety.

Is video analytics software right for your business?

Video monitoring is a rapidly growing part of the physical security industry. Especially following the COVID-19 pandemic, businesses are looking for effective ways to secure their premises remotely - and CCTV is a relatively inexpensive way to do this.

So should you buy additional video analytics software for your CCTV system? The answer ultimately depends on your business needs and preference.

One of the key things to consider is format - video analytics software for security cameras can be bought as separate, 3rd party software, or it can come pre-installed on your cameras and/or NVR. Some businesses choose to buy additional software even if their hardware has pre-installed analytics, which is a good choice if you find that pre-installed analytics aren’t as effective as you’d like. Dedicated additional software is also a good choice if you would prefer to use intelligent video analytics, to really reduce your false alarm rate. 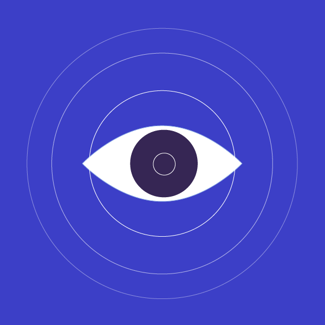 If your cameras are older, it’s more likely that you would want to opt for central server-based processing. If you have newer IP cameras you also have the option to choose edge processing. There is also the option to combine both approaches - for example, using edge analytics to process alarms in real-time, and then to carry out more in-depth analysis on a more powerful central server.

So, when you’re picking the best video analytics software for your security systems, remember to look at your existing systems and hardware first. Then you can decide whether you need (or want) to upgrade any parts of your system before investing in an analytics software.

There you have it! Our complete guide to video analytics. We hope you found this guide helpful; if you’d like to learn more, check out our FREE ebook all about how video analytics work with video surveillance.