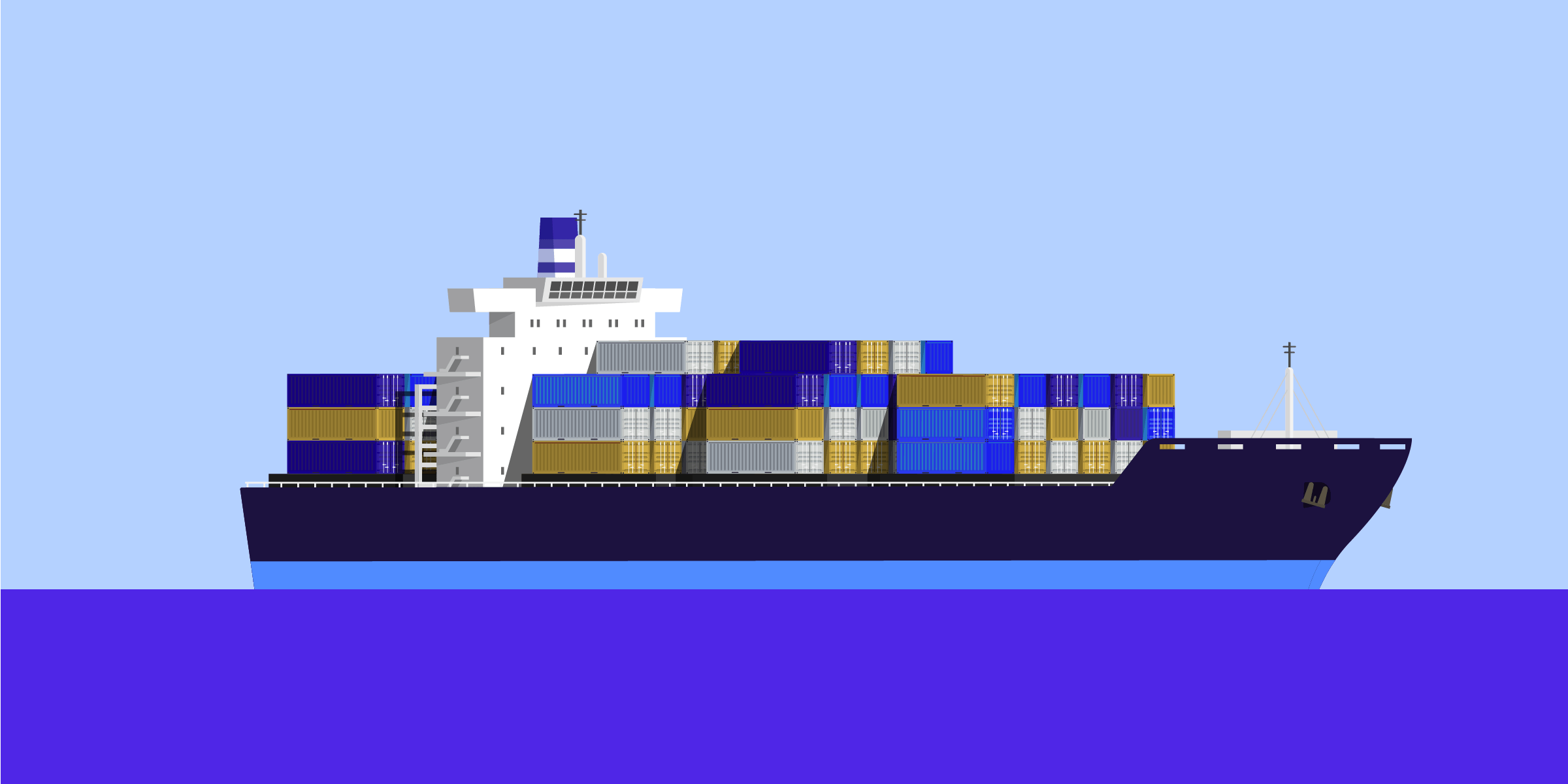 Like much of the global economy in 2020, the marine cargo industry was affected by the Covid pandemic and is estimated to have plunged by 4.1%. This does not mean that maritime security should move down the list of priorities. If anything it is more important than ever, as companies hit hard by sluggish trading cannot afford the financial losses associated with port-related criminal activity.

The Importance of Port Security

Ports are crucial to the world’s supply chains. A PwC report states that 90% of all global trade flows through just 39 bottleneck regions. If any of these regions were to fall foul of a major disruptive incident, this would impact a vast number of businesses.

For example, in March 2021 the 1312-foot Ever Given ship ran aground in the Suez Canal, causing a backlog of some 400 stranded ships unable to pass through. The blockage lasted roughly 2 weeks, but the financial fallout has continued. Around 12% of all global trade flows through the Suez Canal, and it is estimated that for every hour the ship did not move, it cost the global economy $400 million. Egypt has since invested in widening the canal to avoid a similar incident in future, and costly compensation and insurance claims have poured in from affected shipowners and businesses.

Why the Ever Given ran aground is still unclear, but the Suez Canal blockage demonstrates the domino effect a large-scale incident can have on maritime trade. Criminal activity also takes a financial toll; the Transported Asset Protection Association (TAPA) revealed that over €172 million of products were stolen from supply chains in the EMEA region in 2020. Sea ports are an easy target for criminal activity, and if a large-scale theft or attack did take place, the financial fallout  would be significant. Investing in maritime port security now could save a much larger cost in the future.

Sea ports are some of the most difficult areas to secure for three main reasons: they cover large areas, they have multiple entry points, and they are very busy. This makes it much easier for criminal activity to take place under the radar.

As well as having a large perimeter to secure, ports often operate 24/7, which means that surveillance needs to be thorough and consistent at all times. All this needs to be done without creating too many operational hurdles that would slow down the loading and unloading of cargo. Already, the challenges are beginning to mount up.

Threats to port security all take advantage of easily-crossed boundaries, multiple land side entry points and a lack of surveillance. What is more, criminal activity doesn’t stop at the water’s edge; many threats to ports take place in the waters nearby, and can have serious implications when vessels dock. The main threats are:

Modern-day piracy is a real and dangerous threat to vessels and ports, especially since most attacks take place while ships are still docked at port. The International Chamber of Commerce provides a live piracy map on their website where it is possible to see the most volatile areas in real time - an alarming reminder that vessels are currently under attack around the world.

Piracy has both economic and human costs. In 2013, the insurer Towergate looked at the global price of piracy through case studies from different regions. While factors such as military protection, insurance, and security guards can cost hundreds of millions of dollars, other factors such as rerouting a ship also have costly implications, such as increased mileage and fuel, and a reduced number of trips in a year.

The human costs are also concerning, with 1871 seafarers attacked and 73 kidnapped in the West African region. While attacks and kidnappings were lower in Somalian waters, the average length of hostage detainment was 1016 days, as opposed to 22 days in West African waters.

Armed robbery at sea is distinct from piracy. Rather than taking hold of the ship for a prolonged period of time, criminals seek to grab what they can with the use of violence, and then make a quick getaway. A poorly secured port, lack of resources and differences in jurisdictional authority enable criminals to move the stolen goods when they reach land.

Hijacking of vessels, either physically or by hacking the ship’s IT system, are some of the biggest threats that the shipping industry currently faces. Since 9/11, shipping authorities around the world have sought to improve maritime security to mitigate the risk of terrorist attacks at sea.

The spread-out and busy nature of ports is a perfect environment for terrorist activity to go unnoticed. Large numbers of trucks frequently move in and out of ports, allowing terrorists to move people and weapons without suspicion. Ports situated near urban areas also provide plenty of places to hide and escape following an attack.

Organised crime groups exploit ports’ security weaknesses to smuggle illegal drugs, contraband, and people. These groups can access cargo containers in a variety of ways: either by smuggling the goods or people into an unattended container, or by colluding with port authorities using bribery and/or extortion.

People smuggling can happen for numerous reasons: in recent years, the most common reasons organised crime groups traffick people are either for modern slavery, or because refugees are seeking passage to another country. The human cost in these cases is high, as the journeys these people embark on are long and unsafe.

One of the most common crimes that take place at ports is theft of cargo. Large, unattended containers are a prime target for organised crime groups and opportunistic criminals. In TAPA’s Cargo Theft Report, they noted that thieves are quick to respond to changing supply and demand, as they targeted shipments of personal protective equipment (PPE) and hand sanitiser.

TAPA also reported that criminals will resort to all kinds of methods to gain access to cargo, including fake documentation, driving through closed gates to access transport yards, and online freight exchanges proposing low-cost transportation to be awarded shipments.

Ports can be used to bring in Illegal, Unreported or Unauthorised (IUU) catches of fish. IUU fishing is one of the biggest threats to the marine environment and thwarts countries’ attempts to fish sustainably. The UN estimates that up to 26 million tonnes of fish are caught through IUU fishing each year.

One of the problems with this kind of fishing is that it exploits species that are already at risk of being overfished, such as cod. As these kinds of fish are often subject to restrictions, illegal fishers seek to sell their catch at a premium.

Criminal activity at ports can cause other kinds of environmental damage; for example, attacks on ships can cause deadly oil spills.

Ports are a complex environment to secure, and as such any security solution needs to be holistic. It would be foolish to rely too heavily on one security measure alone to remain safe, as the threats are so varied.

When it comes to securing a port, the scale of the project is vast, due to the sheer quantity of goods moving in and out, and the number of companies and suppliers who use it. However, every effort must be made by all staff to reduce exploitation and misconduct as much as possible. Educating all staff (not just safety and security officers) is crucial, as it will enable everyone to take part in being more vigilant, especially in particularly vulnerable areas.

Developments in technology have enabled ports to drastically improve their security levels without severely slowing down their operations. State-of-the-art technology solutions are becoming increasingly affordable, so it is possible to equip ports with many more tools to monitor goings-on across an entire site.

Learn how to get more value out of your security system by downloading our FREE whitepaper:

Some of the key technologies benefiting ports at the moment include 3D imaging, sensors and security cameras. For example, 3D imaging allows port authorities to inspect the inside of cargo containers without needing to manually open and inspect them. In the time it takes to inspect one container manually, it is possible to scan several. With the automation of certain aspects of site security, port security staff have a better oversight of the entire site.

Yet even with the most advanced technology, operating in a port environment brings a fresh set of difficulties that staff should be aware of. Connectivity and integration are two big issues that security staff face when adding new technology. Maintaining consistent network connectivity is a challenge in such a busy and changeable environment; cables can be disturbed by traffic, or by storms and hurricanes. As more and more technology becomes wireless and IP-based, it is possible to move to cloud technologies that circumvent the need to make significant changes to a site’s infrastructure for equipment to work.

These wireless technologies also enable smoother integration. In such a large and varied site, fast and easy integration of new technologies saves staff a great deal of time. With more and more integrations available, it also allows port security to get greater value out of their existing infrastructure by building on the equipment they already have, rather than going to the cost and effort of ripping out an old system and installing a new one.

CCTV is an enormously useful tool in such a large area, but there are technical difficulties. The perimeter of a port can vary widely across the entire site. Part of the site’s boundary is in the water, where the conditions are more variable and where cameras are slowly corroded by salt water, spray, wind and fog than on land. Indeed before investing in any security equipment, it is important to check that the casing can withstand the environmental impact.

With such inconsistent conditions, setting up cameras with optimal visibility can be very difficult. In particular, lighting is a key problem. Many areas of a port site are poorly lit, and in addition, lines of sight are constantly changing as containers are stacked up and then removed. Aerial surveillance is one option, as are drones, but in a 24/7 operation, ports also require effective night surveillance.

Combining radar and video surveillance can help to identify suspicious vessels, by using radar to pick up on any activity, and infrared cameras. However, unless areas are well lit, it is difficult to zoom in and verify activity at night - 3D imaging technology could also be used at night to make surveillance more precise.

Another tricky area for port CCTV surveillance is the sheer amount of traffic - both people and vehicles. Ports are extremely busy areas, so monitoring suspicious activity on camera is particularly challenging, especially given some of the environmental challenges we have already discussed. Thankfully, there are smart solutions available to help mitigate some of these challenges.

Thanks to recent developments in artificial intelligence, intelligent analytics can help to make port security staff’s work much easier and more efficient. Forensic algorithms can aid analysis and search of video data, using AI to pick out information such as license plates, text, people and vehicle counting, facial recognition and much more. Object tracking can help with port safety rules, enabling better health and safety when equipment like forklifts, trucks and cranes are being used.

Technology that already exists in many ports, such as intruder detection, perimeter sensors and video surveillance, can be enhanced with the addition of analysis that provides a more selective digest of alerts, by filtering out some of the ‘noise’ that these technologies can trigger. For example, in large outdoor areas, wildlife and environmental conditions can cause alarms, which intelligent video analytics like Calipsa can filter out.

Want to know more about how intelligent video analytics can help you get more value from your security systems? Download our FREE whitepaper: