The story of CCTV in Europe, from resistance to adoption 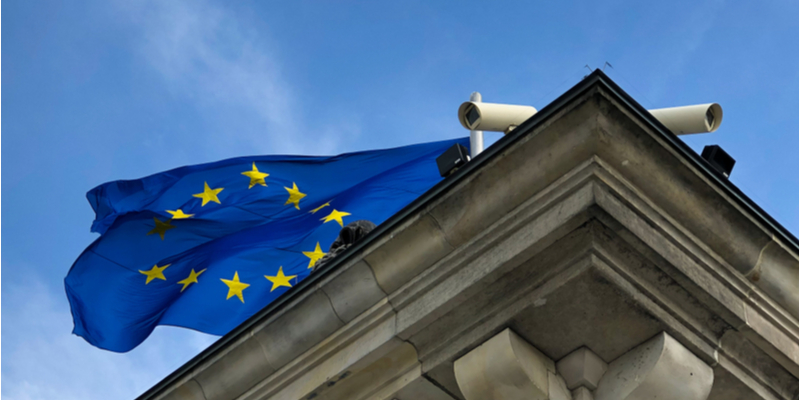 For many of us, CCTV is a part of modern life. Particularly for those of us who live in cities, video surveillance technology is something we have come to expect. However, in many European countries, the widespread use of CCTV for commercial and security purposes is a fairly recent development.

Video surveillance as we know it today started around 1970, with the rise of early analogue recording systems used for better safety measures. Nevertheless, it has had varying growth rates, uses and perceptions across different countries in Europe according to their institutional and socio-economic framework.

In the late ‘80s and early ‘90s, CCTV adoption for security purposes started gaining traction in the UK. However, other European countries resisted these developments; so what caused this marked difference?

In the ‘Citizens, Cities and Video Surveillance’ report, we learn that the early expansion of CCTV in the UK ‘took place within a regulatory vacuum’ due to The UK Data Protection Act of 1984 leaving out the regulation of ‘analogue systems’. Consequently, the use of video surveillance was seen as a ‘magic tool’ to capture criminal activity as it took place.

Across the Channel, the fear of privacy infringements meant most European countries had serious reservations about adopting CCTV. For example, in Germany, the former Federal Interior Minister saw surveillance as infringing fundamental rights and warned against ‘blanket surveillance’. In France, the court in Marseille ruled against a project in 1990 to install 93 cameras as it was seen as a ‘disproportionate violation to privacy’.

Despite these initial positions, trends of CCTV adoption across European countries quickly started to emerge over the late ‘90s and ‘00s. These can be divided into two main categories:

The UrbanEye project by Hempel and Topfer documents the proliferation of cameras across Europe since 2000, showing that when in the UK there were around 40,000 open street CCTV cameras monitoring public space, there were probably ‘fewer than 1,000 across the other European countries included in the survey’.

The growing adoption of CCTV in Europe

Following the UK, the next countries that had an increased rate of adoption of video surveillance using ‘open street’ cameras were the southern and eastern European countries.

As Professor Clive Norris explains in his review of European CCTV, France relaxed its laws governing public space surveillance through the Pasqua Law in 1995, prescribing its usage in areas with ‘high risk of being assaulted or stolen’, causing a rapid deployment of CCTV in public space, which caused more than 200 cities in France to receive approval for CCTV installation in high risk locations between 1997 and 1999.

Norris’s findings are similar for the Netherlands and Italy, where in 1997 the first cameras were used in public space. By 2003 more than 80 of Netherland’s 550 municipalities were using CCTV in public places. At the same time in Italy, the Ministry of the Interior had installed CCTV in the ‘most sensitive areas’ of 50 Italian cities and in the City of Milan, there are now over 600 hundred publicly funded cameras.

However, other countries, particularly Norway, Denmark, Sweden and Finland, had been reluctant to install wide spread open street CCTV, and instead embraced it in ‘controlled settings’. A survey by Wiecek and Saetnan in 2002 shows that while there was only one open street system in Norway and none in Denmark, from all the publicly accessible locations, 32% had CCTV in Copenhagen and 38% had CCTV in Oslo.

The same trend is seen in Stockholm where no public CCTV system was available but 11,500 cameras were installed in a variety of settings. In Finland schools in the city installed CCTV as a crime prevention measure.

Which European countries have adopted CCTV?

In the early ‘00s, the rate of adoption started rising exponentially in most European countries. Terrorism triggers such as the 9/11 attacks, and the bombings in Madrid (March 2004) and London (July 2005), led countries to no longer ignore the potential technological assets that might help them guarantee the security of their citizens. As a result, the new priority for many European countries was the rapid increase of public surveillance for security purposes.

This trend can be seen across all European countries as demonstrated in the UrbanEye Survey. In France in 2007, the government planned to increase its 340,000 cameras threefold and expand the 6,500 cameras on the metro. Germany has doubled the number of cities with CCTV from 15 to 30, and the Republic of Ireland has increased the number of CCTV systems from 21 to 49.

In addition, despite the Nordic countries’ long-standing reluctance to embrace public area CCTV, Finland introduced a major system in Helsinki in 2006 and Denmark, introduced 19 camera systems in 2008. In eastern Europe, Poland launched a major city-wide system in Warsaw with 515 cameras in 2007. In the Czech Republic, Prague’s systems have been expanded to 400 cameras, and in Croatia, Zagreb announced a new city wide system of 225 cameras to be introduced in 2009.

Nevertheless, the UK stays at the head of the curve with the expansion and use of new and advanced CCTV technology. As a study by Katharina Buchholz in 2019 shows, London is the most surveilled city with 68.4 cameras per 1000 inhabitants, compared to 11.2 in Berlin, 7.4 in Vienna, 7.2 in Turkey, 4.4 in Madrid and 3.1 in Paris. This means that despite most European cities having CCTV systems in place, there is still room for growth.

Want to learn more about the history of CCTV? Check out our article on CCTV statistics in the UK. Or, to find out more about how CCTV works, read our Ultimate Guide.

For the latest facts and figures about the security industry, download our FREE Video Monitoring Report: