Catalytic converter theft has risen 104% in a single year. Here's why. 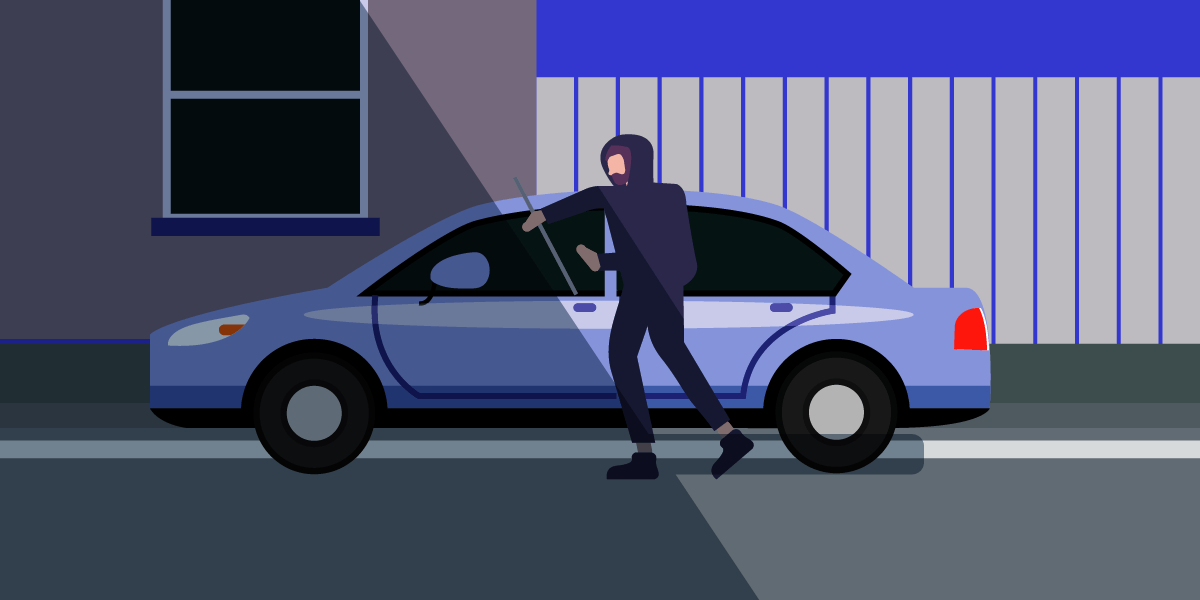 Catalytic converters have been targeted by thieves ever since the technology was first included in commercially available vehicles. However, rates of theft have skyrocketed in the past two years. According to the consumer advice magazine Which?, rates rose by an average of 104% between 2019 and 2020. So, why now?

Why do people steal catalytic converters?

A number of factors have contributed to this spike in crime. Catalytic converters contain precious metals such as platinum, rhodium and palladium. Following a slump in mining during the covid pandemic, the price of these metals has risen dramatically. An ounce of platinum was worth $642 in March 2020, but by February 2021, it was worth $1289 - roughly doubling in value in just under the space of a year.

While there are roughly only between 3 and 7 grams of this precious metal in a single converter, it takes very little time to remove one from under a car; organised gangs can target multiple vehicles in a single day. A scrap catalytic converter is worth around £400, so it is possible for criminals to make a profit with very little effort.

The pandemic has also created the perfect opportunity for criminals to target parked cars, as distancing measures have caused many people to stay at home more. The UK appears to be the country worst affected, with London in the eye of the storm: the capital recorded 13,716 incidents in 2020.

The US has also seen a surge in catalytic converter theft: the National Insurance Crime Bureau reported an average of 2,347 thefts in December 2020, up from an average of 108 per month in 2018.

It seems that individual cars in residential areas are the main target, but car dealerships and businesses with large fleets should also be on their guard. As recently as June 2021, converters were stolen from 6 vehicles in a car dealership based in Yorkshire, UK. This is not an isolated incident - in February 2020, another UK dealership in Coventry also had 6 converters stolen. The thieves had also targeted a number of car parks in the area, including one in a nearby hospital.

There's a secret to better security. Want to know what it is?
Download our free whitepaper to find out:

Catalytic converter theft is costly for vehicle owners and businesses, but its worst impact is on the environment. Catalytic converters control the emissions that come out of car exhausts. They use an internal combustion engine to convert toxic gases and pollutants into less toxic emissions, vastly improving our air quality. Without these converters, carbon monoxide, hydrocarbons and nitrogen oxides are released into the air, severely reducing air quality.

Which cars are targeted for catalytic converter theft?

According to research carried out by Which?, older Toyota and Honda models are particularly at risk. Hybrid vehicles such as the Toyota Prius, Toyota Auris, Honda Jazz and Honda CR-V are usually targeted; this is because they use some of the rarest metals, but also because hybrids use two power sources. As a result, their converters are used a lot less, so the valuable metal inside is less likely to be corroded.

The insurer Admiral also reported that the hybrid Lexus RX was being singled out by thieves. They reported a 44% jump in claims, with an average cost of over £1,500. Cars that have their converters stolen cannot be legally driven, so owners of hybrids should be especially careful.

Criminals look for a quick, easy opportunity, so vans, SUVs and large trucks that sit high off the ground are also favoured, since it is easy to crawl underneath. Businesses operating large fleets of trucks or lorries should be especially careful about where drivers park, both at a facility and on journeys.

Next, we’ll look at ways to prevent your vehicles from being targeted.

How to prevent catalytic converter theft

Firstly, it is important to learn how to identify catalytic converter theft in action. Tell-tale signs include a car being raised using a jack, either in a residential area or a car park, and a loud drilling or cutting sound coming from underneath the vehicle. Thieves often use power tools to remove converters quickly.

However, there are security methods that can make it even harder to steal catalytic converters. If your converters are bolted on, you can ask your mechanic to weld the bolts shut. Alternatively, there are now cage clamps available that surround the converter and make it harder to remove. Some vehicles also have anti-tilt alarms that will sound if a vehicle is raised using a jack.

Another option is to mark your catalytic converter. Both Toyota and Lexus have started marking the converters on their older models, making them easier to trace if stolen. It is also possible to get your own converter marked - just ensure it is SBD (Secured by Design) approved.

These methods can all help to reduce crime, especially for individual drivers, but what about large fleets of trucks, or car dealerships? While these measures should be implemented for large fleets, it can become expensive and time consuming. Your business probably needs additional help in the form of security.

If you have a large number of vehicles parked over a wide area, then you should consider using tools that will give you oversight at all hours of the day. Video surveillance is a great option. Monitoring your site remotely using security cameras allows you to enable different tools for different areas - for example, around your perimeter fence you can enable line crossing technology, which alerts you when someone crosses beyond a certain point.

What if you wanted your video surveillance to go one step further and tell you when a crime was taking place? Integrating intelligent video analytics can help you to do just that. Intelligent video analytics like Calipsa can identify people and vehicles on camera, alerting you if there are people on your site where there shouldn’t be, or at times when your site should be empty.

If thieves were on your premises, analytics would identify that there are people caught on camera and would send an alert through straight away - enabling you to take action and call your security services or law enforcement. Cost-effective and flexible, you can enable video analytics on all your cameras or just in the areas where you need extra security.